The German School Association (Deutscher Schulverein) of Greater St. Louis, Missouri (GSA) is administered by a group of volunteers who are dedicated to running the school. These officers and directors have diverse and vast experience in multiple fields, and they are excited to put their knowledge and expertise to use for the betterment of the school. As a group, they believe that language skills are a key to successful communication and understanding throughout the world, and that teaching those skills to the next generation is essential.

The GSA’s seven directors are responsible for establishing the policy and long term strategic planning of the GSA, and also for the election of the GSA’s officers. Together, the directors and the officers comprise the executive committee, which implements the school’s policy goals and takes care of all administrative functions. The executive committee meets once each quarter, and an annual assembly is held each April, which includes the election of new directors. 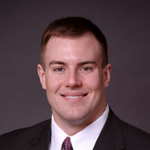 Jim is a shareholder in the commercial litigation department at Polsinelli PC, a 900-attorney law firm with 21 offices across the country. Jim's grandmother (who spoke German) sparked his interest in the language, and he started learning German while in college, including five months at the University of Heidelberg in Germany. After Jim graduated from law school at the University of Iowa, his two young children reignited his interest in exploring his German heritage. He is currently a student in the Advanced Conversation class at GSA, and his daughter and son both attend the school. Jim is also the President of the German American Heritage Society. 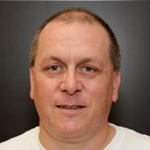 Stefan was born in Celle, Germany. After his education at the Nordsee-Internat St. Peter Ording (Abitur), followed by BBSII Celle (B.A. Industrial Manager), followed by IHK Lüneburg (Teaching Trainee) and the Universität Lüneburg (MBA, educational equivalent) - with majors in Business Management, Economics, Law and Marketing - Stefan became Senior Vice President of Lüftungstechnik GmbH. In 2000, Stefan repositioned in the US and became Sales Executive for an international logistics firm. Consulting with an international client base led to his position as National Sales and Operations Manager for a privately held company for radiant floor heating. Since 2006 Stefan is the General Manager of StoneTrends LLC, a manufacturer of stone countertops. In 2013, Stefan started teaching at the GSA the A1/A2 children class and became a board member of the GSA in 2016.

Diana obtained a Master in Social Work from St. Louis University and has worked for several nonprofits most recently assisting refugees in the St. Louis area. After marrying into a German speaking family, she enrolled as a student in the German School Association. Her focus is now on making certain that her children learn German as she has several children attending the school. She became the registrar for the German School in 2011 and the controller in 2013. Diana also serves on the board of a homeless shelter as the Chair of the Financial Resources Committee. 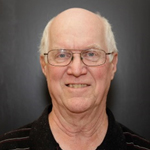 Dennis is a St. Louis native who holds a Ph.D degree from Northwestern University in German literature. He spent his junior year in college at the University of Freiburg and has traveled extensively throughout Germany. He taught at the Catholic University of America in Washington, D.C. and at Jackson State College in Jackson, Mississippi, before changing careers to become a studio potter and ending his career as President of Krueger Pottery, Inc. Dennis has been associated with the German School since 2012. He teaches the A1 class for adults and is enrolled in the Advanced Conversation class.

Mary Stierholz-Bradford - Born in St. Louis, MO and attended high school at West Minster Christian Academy. Received a B.S. of Education and a B.A. in Psychology from the University of Missouri. Earned a Master’s degree from the University of Missouri St. Louis in Education. Taught for 8 years as a special education teacher and then took time away (12 years) to be a stay-at-home mother. Employed by the Special School District of St. Louis County for the past 4 years. Resides in O'Fallon, MO with husband (Martin), 4 children (Peter, Max, Greta and Hans) and a dog (Truman).